Memories! We told the 07G team a story last Saturday after the MVLA game about our start in coaching in the area back in 1990. We trained daily on the Hilview field as we had an office right behind the goal. We were always encouraged to start a club but wanted to focus on playing & training. Now here we are! See story (and screenshot) from Lorrrie's book https://www.amazon.com/Fair-Game-Lorrie/dp/B007K4VH6U

Lorrie who starred for the USA WNT player and North Carolina standout and her sister Ronnie who had a decent career herself at Stanford (and played 1 game for USA) used to come to the office almost daily, knocking on the office door saying 'we know you are in there!'. Sometimes we were busy and told our secretary to tell them we couldnt come out to practice but they would bang on the windows and shout 'we know you are in there' as they teased us to come and kick the ball with them. We thought it was really funny and it got us out of our office. They would stay behind the goal and fetch balls for us while we worked on shooting. They were handy ball girls for a long time! They attended our camps and then worked as counsellors for us and we trained their teams. Later when they got older they would train with us and join in our sessions. Those were fun days watching them fall in love with the game and spend extra hours playing soccer tennis, shooting, juggling tricks....arriving early and staying late to practice. We knew they would become special players with the amount of time they put in. They knew all the top players names, juggled all day long, ran as much as they could and spent all day all summer on the soccer fields..

They went onto become Pro players, international players and have careers in medicine and business. All of them very successful. We only met, spoke with their parents on very few occasions. All of the motivation came from them and their little soccer gang they created. We helped foster their passion and gave them opportunities to train and play with and against us and let them work camps as counsellors, All the while they were pursuing their dreams and worked endlessly to strive for their goals. We are proud of them and fondly look back on those days. No video analysis, no energy drinks or fancy cleats. Just kids who dreamed of becoming great and did the work and put in the time. 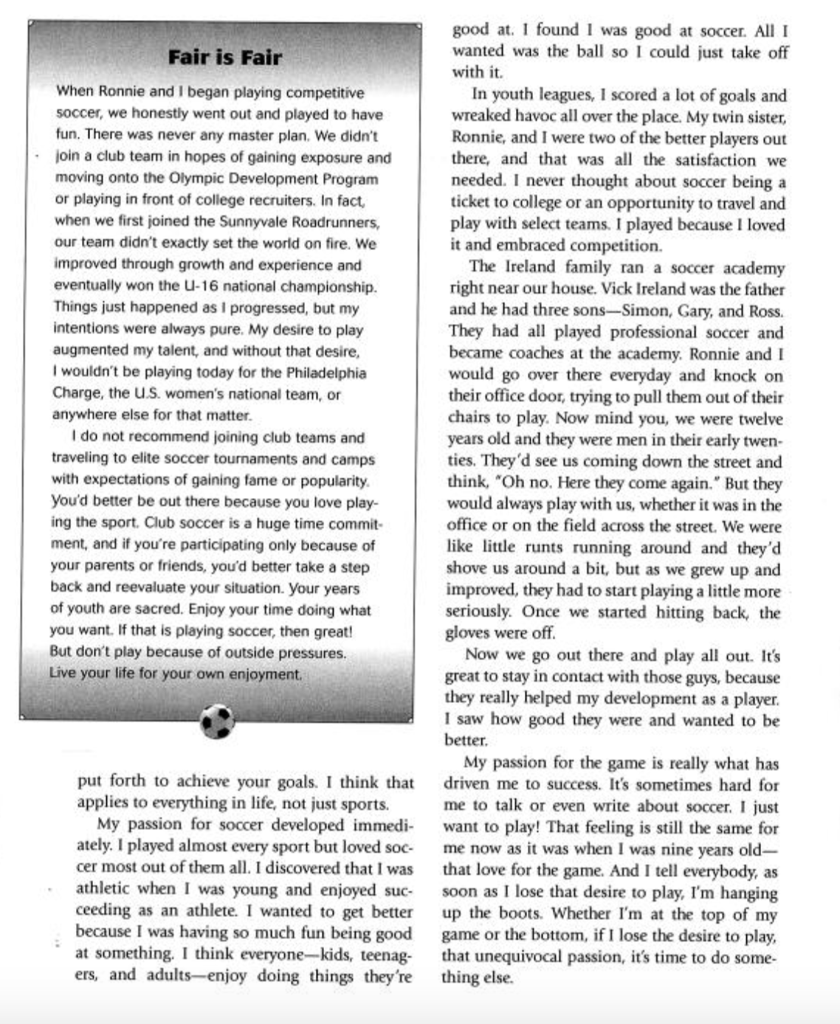