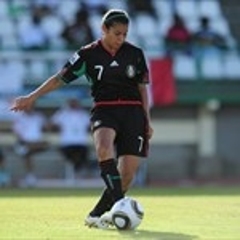 What made you choose UW? Did you have any other offers and interest.

I had other interests and offers, but I chose Washington because it was the best fit for me. I enjoyed the campus, coaches, and the programs future really looks bright. I feel like I could improve my overall game, and do my best to help the program do the same. Washingtons soccer program was the best place to help me fulfill my future goals. It has a great atmosphere and I could really relate to the feeling of wanting to get better and putting in the work. I really enjoyed the coaches enthusiasm for the game, and I feel like my soccer personality will really thrive in that environment. I appreciated the coaches effort in helping me become part of the Washington family, and the opportunity they have given me. The trust they've shown in me, in giving me a spot, has motivated me to become the best player I can be for their program.

How would you describe yourself as a player?

I consider myself a technical player who likes facilitating the ball and being more of a play maker. My strengths are playing long balls over the top, through balls into ongoing runners, and trying to run at the defense while seeing players move off me and just playing them in and getting it back. I like to often hold and shield the ball and keep it a little longer if necessary. Like Xavi and Iniesta, although not weak, are not known for their strength. Shielding the ball is a combination of technical ability and utility- I definitely want to be an impact player like them on the field.

How long have you been at PSV Union? Your sister was coached there too?

I've been with PSV Union since the beginning of the club. I was actually being trained by Gary and Carine before the club even existed. I was apart of small groups and the academy when I was younger. My sister, Veronica, was the one who introduced me to PSV Union. Her involvement in the club has really made my time there extra special.

What does a typical week of soccer look like for you? # of practices and games?

I train everyday possible at PSV Union, and the days where I can't go I train on my own. My usual training schedule consists of 5 days practicing with Union (Monday, Wednesday, Thursday, Friday, Saturday), one game (Sunday), and one day training on my own (Tuesday).

What do you emphasize in your trainings?

At PSV Union we work a lot on technique and the ability to really understand the game. We're pushed to work on things that are difficult and that we struggle with. This allows me to improve my weakest aspects so I can be an all around better player.

Are the any good young players coming through the club?

There are so many good young players coming through the club! I started at Union at a pretty young age, but these players are so lucky. They've been getting amazing training at a really young age. I'm really excited to see them all grow into amazing players.

You take the train and skateboard to trainings quite often, even on your days off. What makes you make that effort when you could stay closer to home?

Taking the train to practice on my skateboard for me isn't really a big deal. If doing this means I can train with players that are better than me, like Carine, Veronica, and Gary, it's absolutely worth it. The atmosphere and feeling of the club is something that draws me to the sessions everyday. I love the feeling of everyone wanting to improve and the competitiveness that all the players have with each other. If doing that allows me to be around real soccer players in a great soccer environment, why wouldn't I do anything possible to be there everyday?

What some of your best experiences in soccer?

Playing wise, my involvement in the U17 World Cup in Trinidad & Tobago was amazing. Even though it didn't go as well as I wished, it was still a once in a life time experience. Being able to play against some of the best girls in the world my age was incredible. Playing for my country was definitely a dream come true. I've also had so many great experiences at Jordan Middle School. I've been able to meet so many great players and had the honor to play with them. My best soccer experience, that doesn't involve me playing, was definitely the games we went and watched on PSV Union's trip to England. Watching some of the best clubs in the world play was an amazing experience. Going to a Liverpool FC game in England and watching Steven Gerrard play was definitely one of my favorite experiences.

What are your long term goals in soccer?

Soccer is definitely the main focus in my life. I want to go to college and continue to work hard and improve as a player. My main goal, as of now, is to play in the next women's world cup, in Canada, for Mexico. I want to be a starting midfielder on the full national team. Playing on the same field with my sister Veronica has always been a dream, and doing it on the biggest soccer stage is definitely my biggest goal.

Any advice for young players wishing to pursue soccer in college?

Hard work and dedication are the most important things. You have to be willing to make sacrifices and do whatever takes to practice everyday and continue to improve. In the end, if you aren't putting in the work someone else is, you have to do whatever It takes to stay ahead and be the best you can be.

Who is your favorite player and team?

Q: How has PSV Union contributed to your development?

“PSV Union has definitely made me into the player I am today. It's philosophy, coaching staff, and atmosphere has influenced me since I was six years old.”Amanda Perez

Q: Is PSV Union different from other clubs?

“PSV Union is different from clubs in many ways, but I believe that the coaching staff gives their players a huge advantage. We are surrounded by coaches that are players first. This exposes us to their soccer mentality and allows us to try to learn from them. PSV has instilled a unique competitiveness in not only me, but all it's players. It focuses on improving players skills along with their overall understanding of the game.” Amanda Perez

Q: How would you describe your clubs philosophy on player development.

“My clubs philosophy is one that is used in many other successful professional clubs. They believe that a players/teams development is more important than just winning. They tell us passing, receiving, and dribbling are the main concepts of soccer and in order to be a great soccer player we must develop those techniques.” Amanda Perez

Q: How did you improve? What is the reason for your success?

“I really began to improve when I decided to fully commit myself to the game. With the help of the PSV coaches and my sister, current national team member, I was able to realize my weakest aspects, and began to really focus on improving them.” Amanda Perez

Q: How often and What do You Practice?

“I train everyday possible at PSV Union, and the days where I can't go I train on my own. My usual training schedule consists of 5 days practicing with Union (Monday, Wednesday, Thursday, Friday, Saturday), one game (Sunday), and one day training on my own (Tuesday). At PSV Union we work a lot on technique and the ability to really understand the game. We're pushed to work on things that are difficult and that we struggle with. This allows me to improve my weakest aspects so I can be an all around better player.” Amanda Perez

Q: What are your favorite things abou tthe club?

“My favorite things about the club are definitely it's coaches and players. We've all grown in the same atmosphere and have developed the same mentality. I really enjoy playing with players that constantly push and compete with each other to get better.” Amanda Perez

Q. What kind of Player do you Need to be to Join Union. What attributed would you need to possess to be a player PSV Union coaches would be interested in coaching?

“In order to become a player on PSV you really have to enjoy the game. You'll have to be dedicated to improving your skills and understanding. They're interested in players who go out and train on their own, and work on the material given during practice.” Amanda Perez