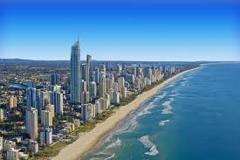 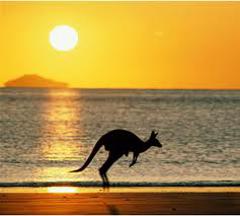 YOU WILL SEE PLENTY OF THESE! 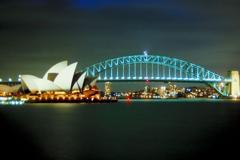 Gary & Carine Ireland have extensive experience running tours to/from/within Australia and have managed over 300 tours for groups of 25+ players & families to over 15 countries for 20+ years. Gary & Simon are Australian citizens and grew up in New Zealand and know both countries extremely well. Former Australia Womens National team coach and current New Zealand Womens National Team coach Tom Sermanni will coach practice sessions with our groups before heading to the Olympics in Japan. In 2007 Gary & Carine took the University of North Carolina Women’s Soccer team to Australia & New Zealand (read here) on a post season tour after UNC's NCAA Championship winning season and enjoyed both wonderful sightseeing and great opposition which gave the tour an ideal mix of high quality soccer and vacation.

Australia is the oldest, flattest and driest inhabited continent with deserts in the centre, tropical rainforests in the north-east, and mountain ranges in the south-east.  It has been inhabited by indigenous Aboriginals for 40,000 years. A country 18 x bigger than California with a population only 2/3rd's the size of California, of which 80% of the population is concentrated in only 5 cities within 50 miles of the ocean, makes Australia the most urbanized country in the world. Its a country of music & film- the birthplace of ACDC, INXS, Men At Work (Land down Under), Errol Flynn & actors Cate Blanchett, Eric Bana, Hugh Jackman, Nicole Kidman, Mel Gibson, Olivia Newton John, Paul Hogan (Crocodile Dundee), while The Bee Gees & Russell Crowe made Australia their home.

Australia is one of five nations to have participated in every Summer Olympics of the modern era and is arguably one of the most successful sporting countries in the world. There will be possible viewing of live Soccer, Rugby Union, Rugby League, Aussie Rules Football & Cricket.

3.5 hours closer to the USA than Australia & New Zealand is a beautiful and peaceful country with varied topography from volcanoes in the sub tropical north Island to the mountain peaks and Fiords of the South Island. New Zealand was the last large habitable lands to be settled by humans.

Visit Paihia in the Bay Of Islands is where you can enjoy dolphin and whale watching in the Bay of Islands, the location of the Treaty of Waitangi where the indigenous Maori people and European explorers signed a truce. Visit hotsprings, enjoy multiple mountain bike trails & for the brave, experience the original bungy jump near Queenstown. While the tour to NZ will be focused on the North Island there will be opportunities for skiing and winter sports.

New Zealand is known for the success of The All Blacks, the most successful sports team in history. We will meet former All Blacks & former coaches to gain an insight into what makes the All Blacks so successful and the culture of Rugby in New Zealand.

New Zealand, like Australia, enjoys success in film and music. The country's diverse scenery and compact size, encouraged big-budget productions in New Zealand, including The Lord of the Rings and The Hobbit film trilogies, Avatar, The Chronicles of Narnia, King Kong, Wolverine and The Last Samurai. Split Enz (aka -Crowded House)- is considered an iconic band while actor Russel Crowe (Gladiator) hails from there.

You could win VIP tickets to the 2023 Premier League Mornings Live Fan Fest in Orlando!HOW TO ENTER